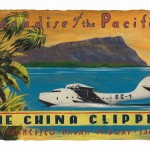 In 1935, Pan American Airways’ Clipper operations came to Midway. This large flying boat island-hopped from San Francisco to China, providing the fastest and most luxurious route to the Orient, and bringing tourists to Midway until 1941. Only the super rich could afford a Clipper trip, which in the 1930s was over three times the annual salary of the average American. Only folks like Ernest Hemingway had the honor of meeting the goonies face to face. The large seaplanes landed in the quiet atoll waters and pulled up to a float offshore. Tourists were loaded onto a small powerboat which whisked them to a pier, where finally they would ride in “Woody” wagons to the Pan Am Hotel or “Gooneyville Lodge.”

Over the years, Pan Am used several different models of “Clippers”. The book, “Wings to the Orient”, deeply details the associated aviation history for those who wish to explore the design variations further. Based on Treasure Island in San Francisco Bay, the Clippers flew from Honolulu to Midway, then on to Wake, Guam, Manila, and Macau. Other routes were also explored, especially with the onslaught of the Pacific war, which ended Clipper operations at Midway on December 8, 1941. In 1947, a Clipper landed at Midway again, in the faded hope that somehow the Clipper days could be revived, but with the new aircraft technology developed during World War II, the days of the Clipper were over. 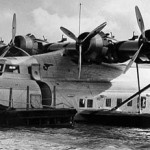 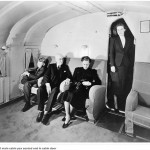 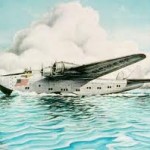 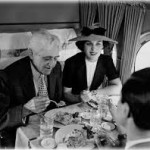