1957 –  A $40 million construction program begins as Midway becomes a home for the Pacific Airborne Early Warning portion of the Distant Early Warning Line (DEW), known as the Pacific Barrier or DEW Line.  Navy construction units (Seabees) complete an 8,000-foot runway for the heavy aircraft landing on Midway and build an aircraft hangar large enough to hold six aircraft. During this construction, the Hawaiian Dredging Company completes new housing, reconditions the station theater, and builds a new chapel in a modern “A” frame design.  Construction work employed over a thousand men. The channel between Eastern and Sand Islands was deepened to allow the largest US tankers to enter.

July 1958 –  The first flight from Midway, of the Airborne Early Warning Carrier, was made this month. Midway became the refueling and jumping off point for squadrons of 3,000-mile-long round-the-clock patrols of Super Constellation Lockheed EC-121 Warning Star airplanes. Their objective was to extend early warning coverage from land-based antenna arrays and radar picket ships to detect surprise Soviet bomber and missile attacks. The flights continued through 1965. Warning Stars were nicknamed “Willie Victors” by naval aircrews, based on a slang version of the phonetic alphabet and the naval version of the aircraft’s pre-1962 designation of WV-1, WV-2 or WV-3. 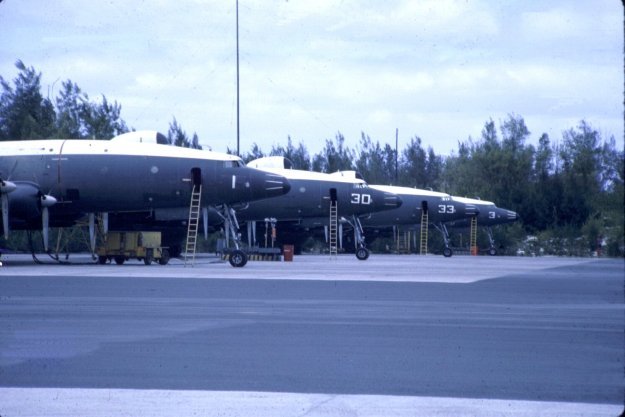 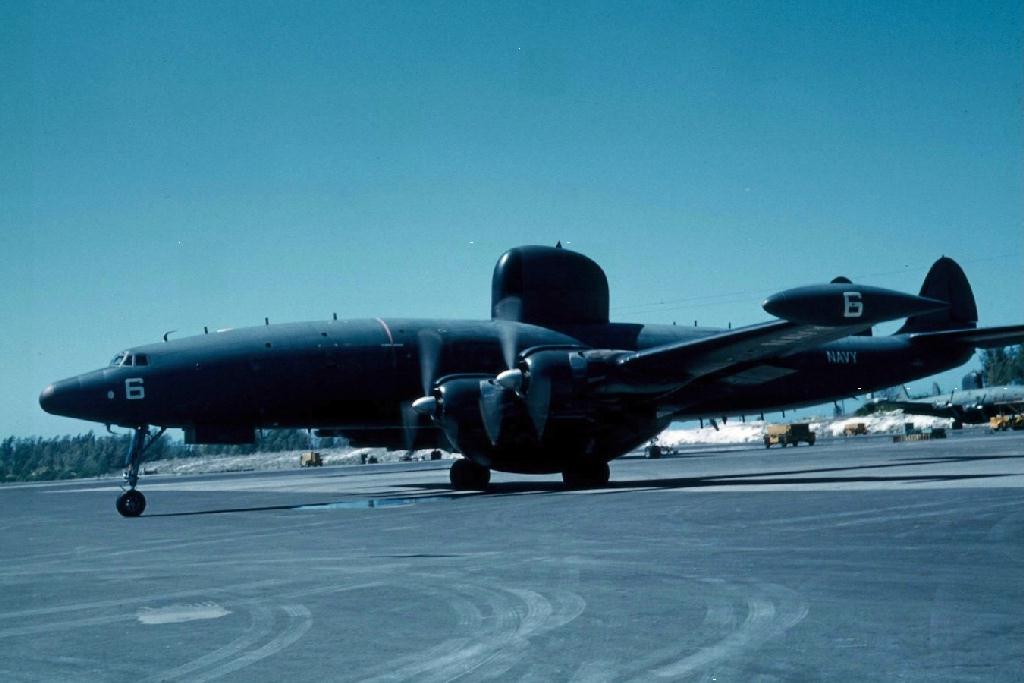 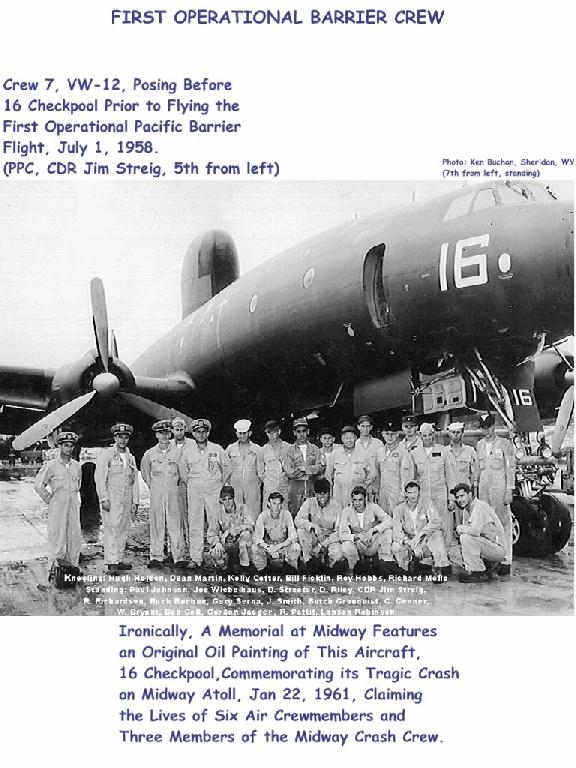 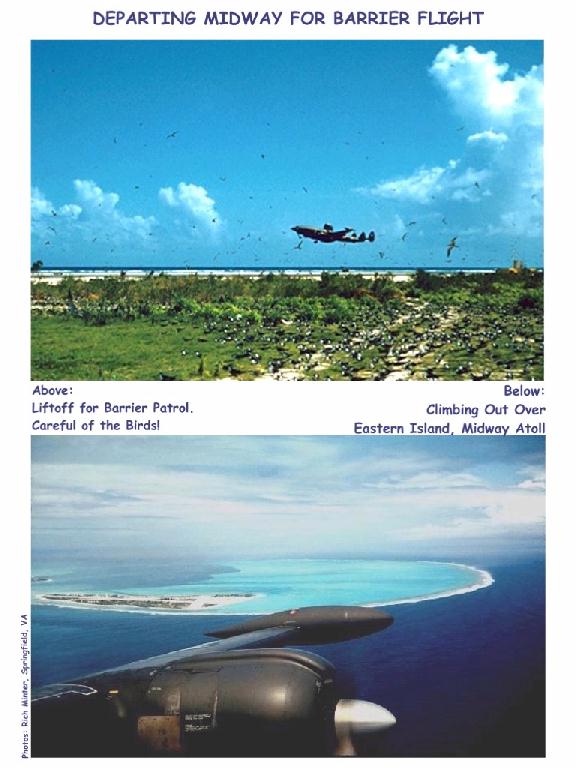 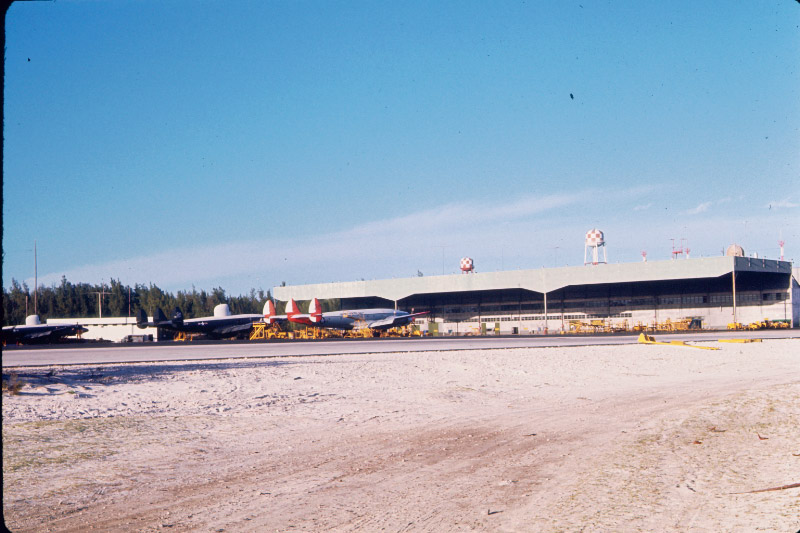 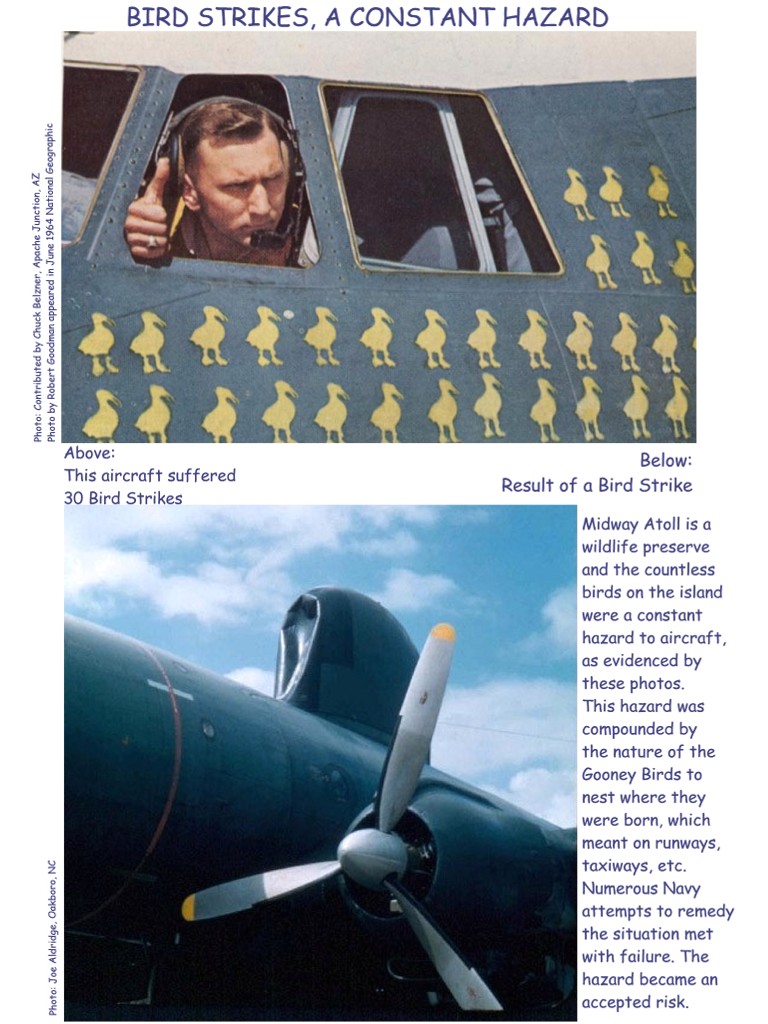 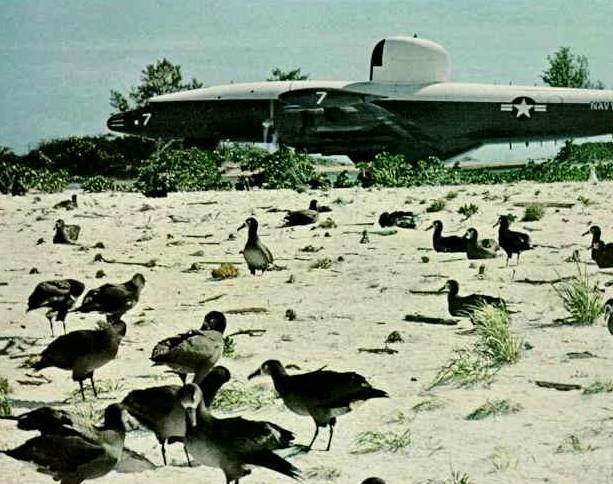 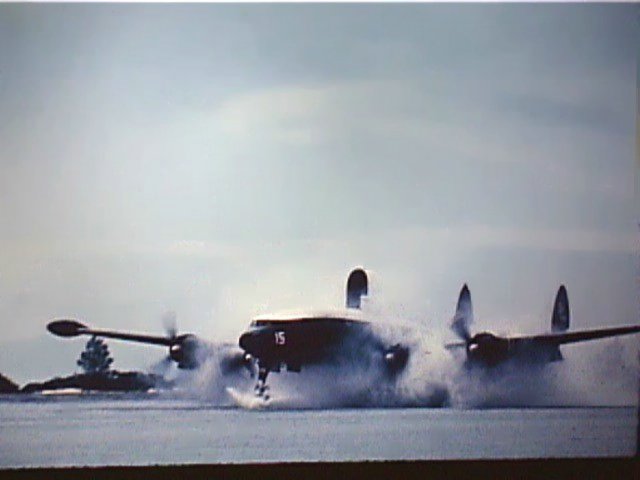 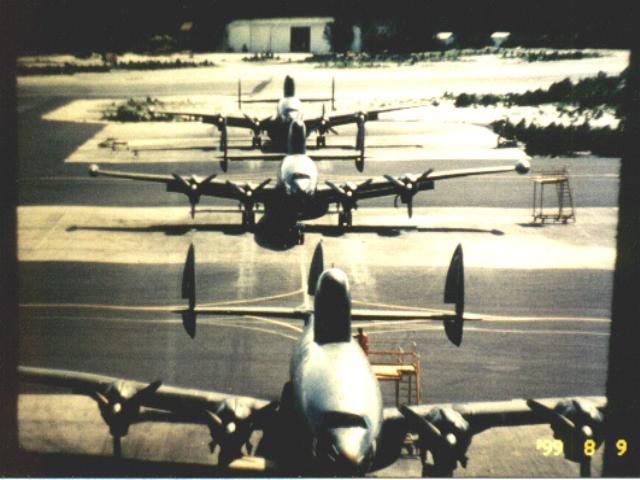 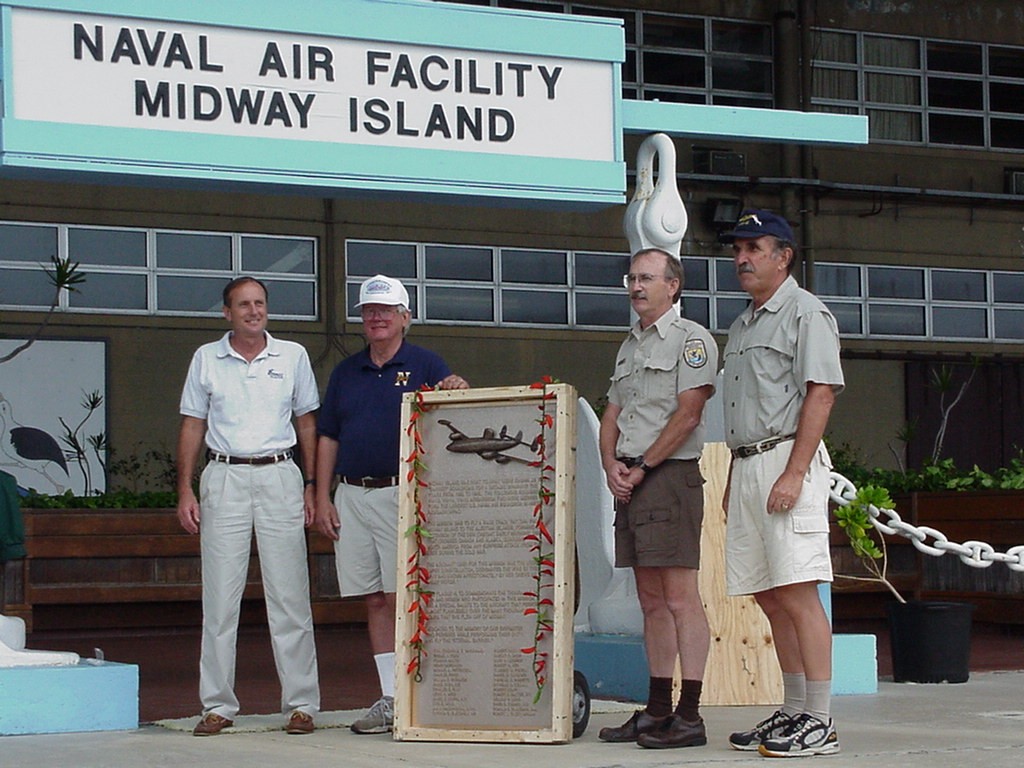 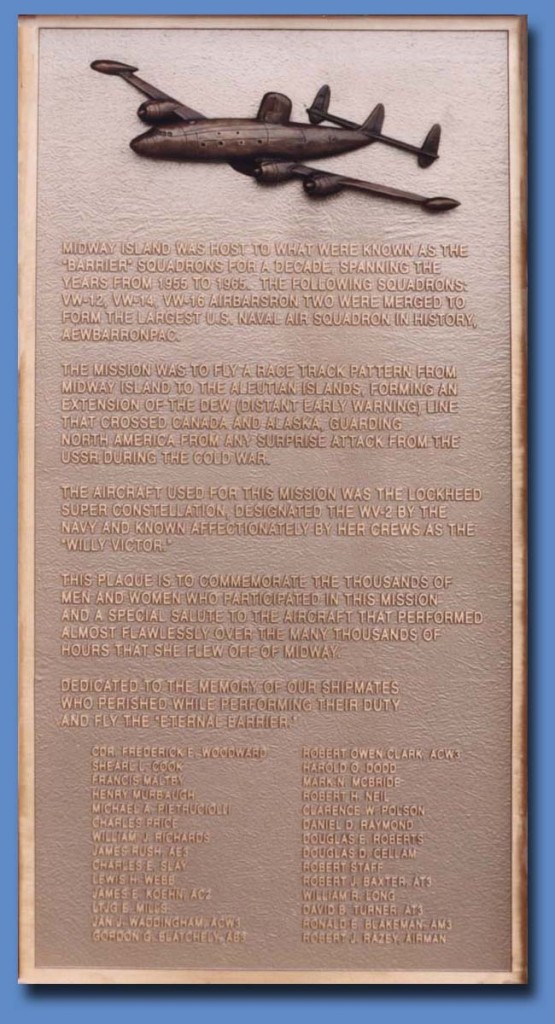 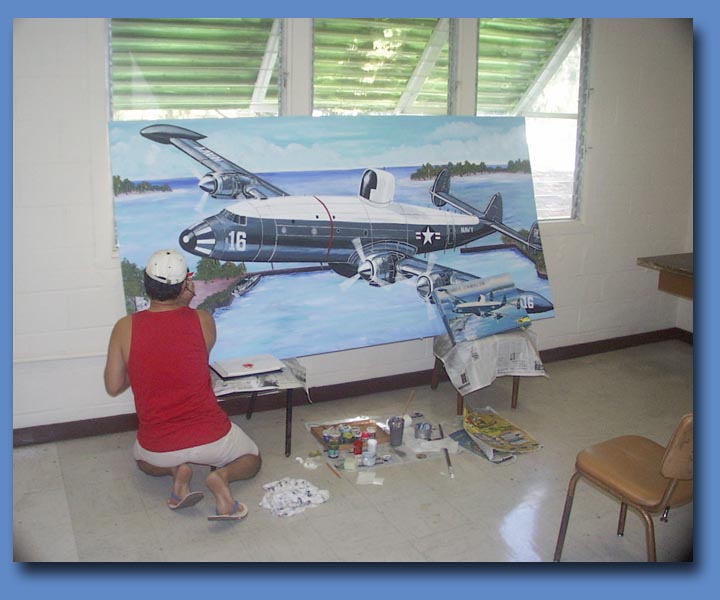 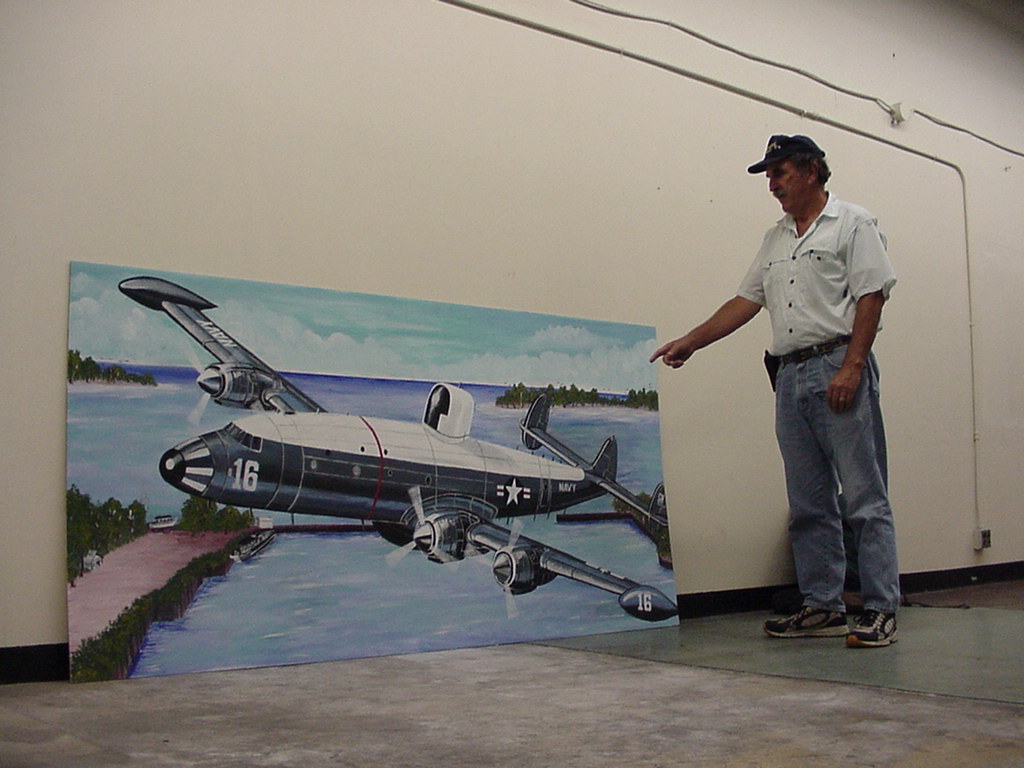 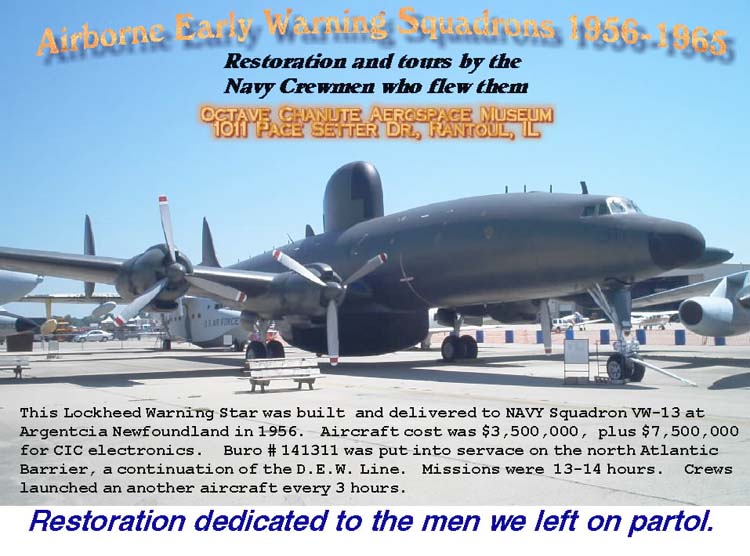 A total of 579 Super Constellations were built between 1951 and 1958 with 259 going to commercial operators and 320 to the US military. The US Navy was the largest operator of Super Constellations with a total of 204 transport and early warning radar aircraft. As early as 1949, Lockheed considered stretching the Constellation eighteen feet by inserting constant diameter fuselage plugs forward and aft of the wing. In order to expedite development, the first Constellation, c/n 1961, was purchased from Howard Hughes in May 1950 for $100,000 and modified as the Super Constellation prototype. Still powered by the Pratt and Whitney R2800 engines installed in 1945, the prototype made its first flight on October 13, 1950. After twenty-two hours of flight testing, R3350 engines were installed and the vertical stabilizers were enlarged by eighteen inches to increase directional stability.

The Super Constellation incorporated over 550 design changes and the first production aircraft flew on July 14, 1951. The type certificate was awarded on November 29, 1951 and the third production aircraft, N6203C, entered service with Eastern Airlines on December 17, 1951. Prior to 1953 all turbo-compound R3350 were earmarked for military use and the L1049 had to settle for 2,700 hp CA1 engines, which made it underpowered.

Posted with permission of Tom Dokulil