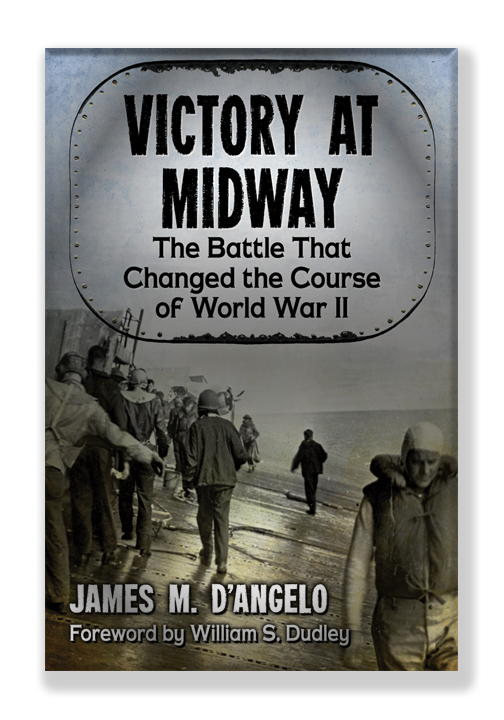 In the five months after Pearl Harbor, the Imperial Japanese
Navy won a string of victories in a campaign to consolidate control
of Southeast Asia and the South Pacific. In June 1942, Japan suffered a devastating defeat at the Battle of Midway and was never again able to take the offensive in the Pacific. Bringing fresh perspective to the battle and its consequences, the author identifies the Japanese operational plan as major factor in the Navy’s demise and describes the profound effects Midway had on the course of the war in Europe.

Retired physician James M. D’Angelo founded of the International Midway Memorial Foundation in 1992 for the purpose of preserving the memory of the Battle of Midway. He has written articles on Midway in Wings of Gold, a publication of the Association of Naval Aviation, the newsletter of the Naval Order of the United States and is also editor of the quarterly newsletter of the International Midway Memorial Foundation. He lives in Bradenton, Florida.